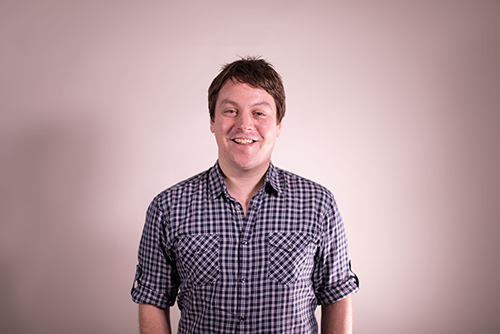 Working as the editorial manager here at inbound marketing agency Tomorrow People, I can’t believe the naive comments about online marketing I hear people state as gospel. Here are some of the worst offenders...

This news just in: people in pubs talk very confidently about topics they know nothing about. And there’s no topic people dismiss as foolishly as the world wide web.

At Tomorrow People, we live and breathe online marketing - we pride ourselves on being early adopters, naively assuming everyone is the same. So I nearly fell off my chair when I read that seven million British adults have never used the internet.

Working as the editorial manager here at Tomorrow People, these are the naive comments I frequently hear people make about digital marketing. They leave me utterly gobsmacked: turns out the internet revolution isn’t happening to everyone! 1. I get all my business through word of mouth - I don't need a website.

Incredibly, 46% of small businesses don’t have a website, according to an Ad-ology study. When you consider that the average consumer now checks 10.4 information sources before buying (Bazaarvoice) it’s madness to think any organisation can rely on word of mouth alone. Besides, if it’s word of mouth you want, how can you ignore Twitter and Facebook?

2. Facebook is for people who don't have any real friends

OK - in the early days of Facebook, this perception wasn’t far off. Early adopters obsessed about the number of Facebook friends they had: an obvious measure of their lack of cool.

But now the cool kids are on Facebook, too - in fact, 33,190,940 British people are on Facebook. The number of marketers who say Facebook is "critical" or "important" to their business has increased by 83% in just two years (HubSpot).

According to Bazaarvoice, 53% of Twitterati recommend companies and/or products in their tweets, with 48% of them delivering on their intention to buy the product. So whether or not your business is on Twitter, the people who could buy from you are - and it’s up to you if you want to ignore their conversation.

Tomorrow People would be lost without Twitter - we use it to engage with prospects, boost our brand and follow influential people we want to collaborate with.

4. Only nerds and people of no consequence use forums

As recently as the 90s, I thought the internet was for people with no social skills - it was just for guys who didn’t smell so good and liked Quake, right?

But that’s all changed. 'Ask me anything' is an incredible feature on up-and-coming social media site Reddit, where influential people let members of the public (you guessed it) ask them anything. Who’s taken part recently? Barack Obama on his 2012 campaign trail. It would be reductive to say that’s why he won the election, but many commentators believe his team’s brilliant social media marketing was a major influencer.